For Immediate Release
Office of the First Lady
September 26, 2008

MRS. BUSH: Thank you, Dr. Billington. Thank you, and the Library of Congress for hosting this beautiful evening for the eighth year in a row.

Welcome to the Eighth Annual National Book Festival. Tonight, we celebrate what G.K. Chesterton called "the mere brute pleasure of reading." Tomorrow, our celebration will continue on the National Mall. More than 70 authors, many of whom are here tonight, will tell the stories behind the books we love and introduce readers to new favorites. Thanks to the Library of Congress for organizing tomorrow's great festival.

Most of all, thank you to our authors -- you're the reason we're here. Four of these celebrity guests will share their works with us tonight before tomorrow's festivities. These authors have introduced readers to the queens of 16th-century England, to the queens of modern-day suburbia. They've uncovered the truth behind a favorite bedtime story, and uncovered the secret behind a great PB&J.

Marisa de los Santos writes for adults, but her career as a novelist was inspired by kids -- two kids in particular, her son Charles and her daughter Annabel. After their joyful entrance into her life, Marisa found it difficult to concentrate on her award-winning poetry. But the break from poetry cleared her mind for another new arrival: the character of Cornelia Brown, who stars in Marisa's first two novels. Tonight, Marisa will read from the newest of these two books, "Belong To Me."

For people like me who enjoy reading cookbooks, George Duran's presence is a special treat. George followed an unusual path to success -- from the studios of MTV to the culinary school in Paris. As the host of two popular Food Network shows, he now combines good food with great personality in a recipe that everyone can enjoy. His cookbook "Take This Dish and Twist It" -- (laughter) -- brings comfort food to a new level with dishes like "Twinkie Tiramisu" and pizza fondue. (Laughter.)

Like George, Philippa Gregory spent time in broadcasting, as a journalist and producer for BBC Radio. She now uses her investigative talent to explore the stories of history's most famous -- and infamous -- women. She has published more than 20 novels in as many years, including the award-winning "The Other Boleyn Girl." But Philippa says her proudest accomplishment is setting up Gardens for the Gambia, which has raised money to build wells in dozens of school gardens. Thank you, Philippa, for your commitment to improving rural schools in West Africa. And thank you for sharing your perspective on the life of Mary, Queen of Scots, with a reading from your new book, "The Other Queen."

Here in Washington, there is no shortage of impressive titles. But our first reader tonight, Jon Scieszka, has one of the most distinguished -- he's the Library of Congress' first National Ambassador for Young People's Literature. Jon broke onto the literary scene with the now-classic children's book, "The True Story of the Three Little Pigs." (Laughter.) Since then, he has written more than 25 books and launched the web-based literacy program, "Guys Read," to help guys of all ages find books that are fun and engaging. Tonight, Jon will read from his unusual autobiography, "Knucklehead." (Laughter.) Ladies and gentlemen, Jon Scieszka. (Applause.) 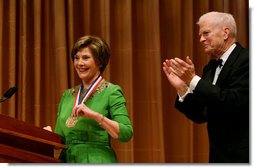 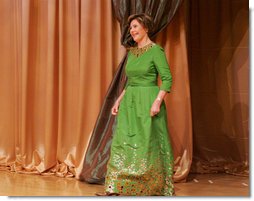