For Immediate Release
Office of the Press Secretary
July 12, 2008

President and Mrs. Bush Saddened by Death of Tony Snow


Laura and I are deeply saddened by the death of our dear friend, Tony Snow. Our thoughts and prayers are with his wife, Jill, and their children, Kendall, Robbie, and Kristi. The Snow family has lost a beloved husband and father. And America has lost a devoted public servant and a man of character.

Tony was one of our Nation's finest writers and commentators. He earned a loyal following with incisive radio and television broadcasts. He was a gifted speechwriter who served in my father's Administration. And I was thrilled when he agreed to return to the White House to serve as my Press Secretary. It was a joy to watch Tony at the podium each day. He brought wit, grace, and a great love of country to his work. His colleagues will cherish memories of his energetic personality and relentless good humor. 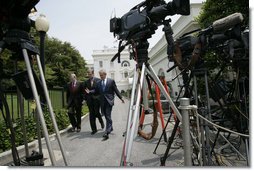 All of us here at the White House will miss Tony, as will the millions of Americans he inspired with his brave struggle against cancer. One of the things that sustained Tony Snow was his faith - and Laura and I join people across our country in praying that this good man has now found comfort in the arms of his Creator. 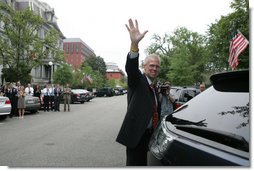 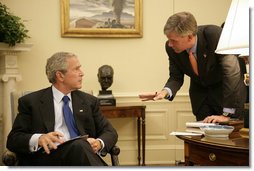