For Immediate Release
Office of the Press Secretary
May 21, 2006

This morning, I called the President, the Prime Minister and the Speaker to congratulate them on working together to form the unity government. I assured them that the United States will continue to assist the Iraqis in the formation of a free country, because I fully understand that a free Iraq will be an important ally in the war on terror, will serve as a devastating defeat for the terrorists and al Qaeda, and will serve as an example for others in the region who desire to be free. 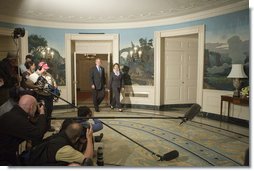