For Immediate Release
Office of the First Lady
March 23, 2006

Entertainment in Celebration of the 300th Anniversary of Benjamin Franklin's Birth


Ralph Archbold has been portraying Benjamin Franklin since 1973 in over 16,000 presentations throughout America and overseas. During the bicentennial of America's Constitution n 1987 and the 250th anniversary of Franklin's death in 1990, Mr. Archbold represented this great man as the "official Franklin." He was appointed by President Bush to the 15-member federal commission to oversee the Benjamin Franklin tercentenary. 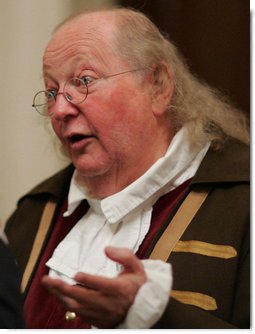 By presenting a message that is tailored to each group, from the youngest children to the most senior of our citizens, Mr. Archbold has won praise in the education, government and corporate worlds as the leading Franklin portrayer. He has been awarded the prestigious Council of Peers Award of Excellence from National Speaker's Association and is in Speaker's Hall of Fame.

Mr. Archbold resides in Philadelphia and makes over 600 presentations each year. His mission is to share the ideas and ideals of Franklin with current generations and inspire them to develop their potential to the fullest. As a part of this effort, he has begun the Franklin Legacy project in interview successful individuals in all areas of autobiography, saying and biographies. He hopes to help perpetuate and expand the impact of Benjamin Franklin as a founder of out country and an inspiration to greatness. 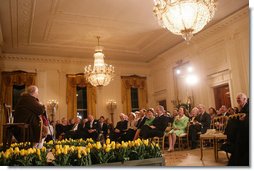