For Immediate Release
Office of the Press Secretary
March 2, 2006

President's Visit to India and Pakistan

THE PRESIDENT: We have just had a -- a very important discussion about the role of religion, not only in India, but the role that religion can play in helping the world become a more peaceful place. I want to thank the leaders here around the table. Leaders from different faiths have joined us to share with -- their thoughts with me. 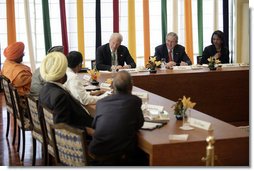 And we've had a -- just a -- you know, India is an amazing country. Just look around the table and you'll see different religions represented. But everybody around the table also was so proud to be in India. In other words, their nationalism was equally important then, as their religion. 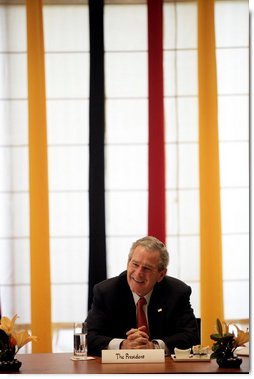