For Immediate Release
Office of the Press Secretary
June 29, 2004

NATO launched its relationship with Ukraine in 1997 as part of its strategy to reach out to former adversaries and to support their integration into NATO and other Euro-Atlantic institutions. Now in its eighth year, the NATO-Ukraine Commission (NUC) has stimulated Ukrainian political, economic, and defense reform and improved Ukraine's ability to participate in NATO operations. 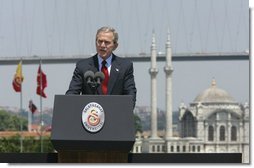 The United States supports Ukraine aspirations for integration into Euro-Atlantic institutions, but achieving this goal depends on Ukraine following through with further democratic political, economic, and defense reform.

Ukraine's record on reform and in meeting its goals in the NATO-Ukraine Action Plan has been mixed. Ukraine has made progress in reforming its military and defense establishment and on economic reform. The United States, however, has been disappointed by the pace and level of democratic reform in Ukraine. Ukraine's presidential election in October will be a key indicator of Ukraine's commitment to the shared democratic values which are at the core of the Alliance. 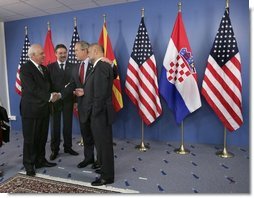